I'm looking at you, Blue!

No "washable" marker,
Specifically Blue,
Has made me see red
Quite like you do.
It may be that "washable"
Means something else where you're made?
Something was lost in translation
And on my nerves you have stayed!
No Eraser that's Magic,
Nor cleanser with scrubbies
Has scraped you from walls
Or the skin of my babies.

It's really quite obvious...
Yes, everyone knows...
That poor little Sprinks
Has been picking her nose.
There is a stain down her face,
A Cerulean Letter,
Where you clung to her fingers.
But it gets even better
Because even her boogers
Are a bright shade of blue...
Because you aren't really "washable"
Like you say, now... are you? 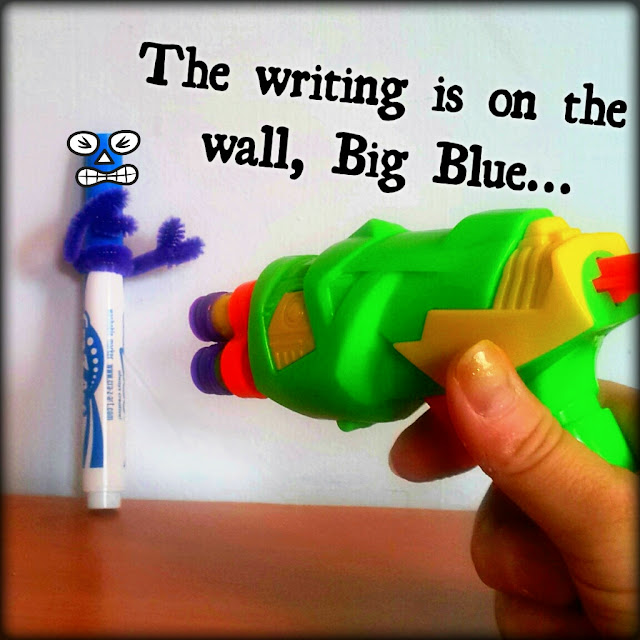 GOOD MORNING VIETNAM!  ...or just my household.   Breakfast has been devoured (exploded), everybody is still in their jammies, and I'm walking around with someone else's vomit on my shirt... again.  Huh... sounds like college! I wonder what else hasn't changed all that much?

All Nighters - But in college it's one or two in a row and not the hellish, exhaust-o-fog that goes on for months (but feels like years) with a newborn.

Ish - It's all drama, tears, and fits of misplaced passion... it could be over who is sleeping with who or who just needs to sleep.

Food - It's all cafeteria food,  really.  French fries, canned veggies, and nuggets of various and unidentifiable meats... Oh and pudding.  Pudding is GOLD...

Ick - Why am I sticking too the floor?  Is it food?  Is it bodily fluids?  You know what, don't answer that.  Yeah... sad when this could work for a frat house OR my kitchen.

It's All About The Boobs - Back then it was all about that tiny little top that just barely kept them in and now I just want a nursing top that makes it easy for me to get them out.

Questionable Bathing Habits - Every dorm (or house) has "that kid".  You know who I mean...the one that refuses to scrub ANYTHING.

I Know Nothing - It's just that then I didn't realize how stupid I was and now I am fully aware of how little I actually know.

But things really are quite different now, aren't they? I mean, I have crows feet and gray hair now so...  *sigh*

2013 was a year of... well, epic.  Just epic.  Babies, minivans, pull-ups, and nobody needed stitches (well, except me) so I'm going to go ahead and say it was pretty, um, interesting.  Take Thanksgiving... it began calmly enough.  We showed up at the cabin, we gorged, we food-drunkenly tried to wrangle children who denied the laws of tryptophan, and then Hubbs became so dizzy he couldn't stand and began the screamy-vomits.  And so Menier's Disease entered our lives with a crash-bang and a garbage bag full of predigested pumpkin pie.  Don't worry... he's back to normal now... well, as normal as he ever was anyway...

Then there was The Big Little...  TBL shocked the hell out of us by almost arriving in the car on the frantic race to L&D mere hours before a nice, calm, scheduled c-section.

The wigglers amazed and awed us all by taking this new addition completely in stride.  They love having a baby sister to kiss and pat and to try and force-feed Goldfish to when mommy isn't looking... (oh Sprinkles) *sigh*  In fact, Sass Monkey is completely enamored of TBL.  So much so that when TBL was only 3 weeks old, he came around the corner of the living room (where I had just left them moments before) into the kitchen carrying her and proclaiming that he was her big brother and he was going to "learn her things"...   That was a good 5 years of my life and several new gray hairs.  Don't worry about her either.  She's fine.

(Don't the Chinese have curse that goes something like "May you live in interesting times..."? Yeah... *ahem*)

But despite the moments that have had Hubbs and I clutching our chests and reaching for the Bayer there have been so many more achingly wonderful ones.  Our baby's first cry, Sprinkles first night in her big girl bed, Sass's first joke with an actual punchline... I could go on and on but you didn't come here for mush, now did you?

And now all 3 wigglers are at home with me.  I know.  The girl who has worked somewhere doing something since she was a senior in high school, the PWM, the girl who swore she never would EVER... is now a SAHM.  It's enough to make you mess yer britches... but then so was the daycare bill for 3 wigglers. 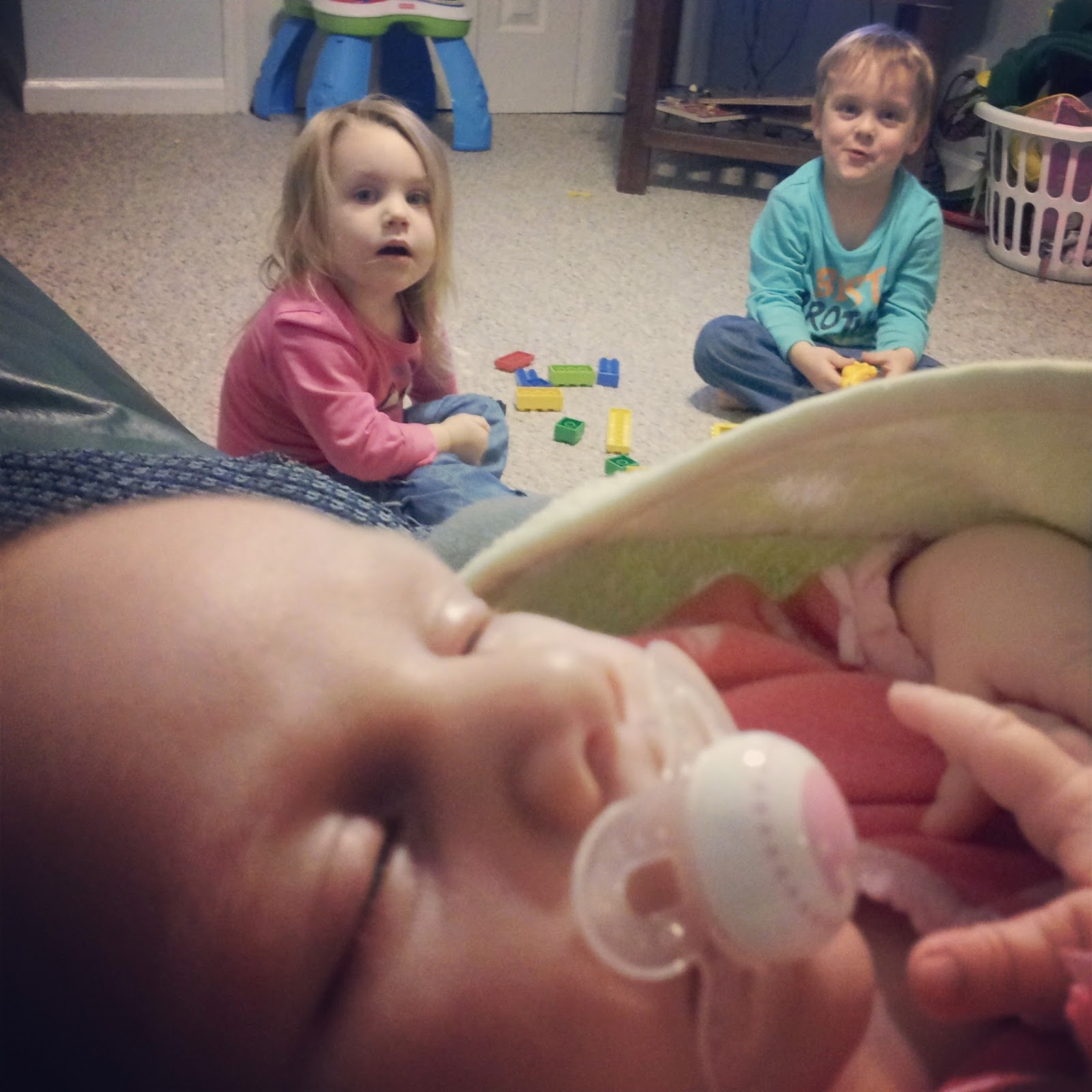 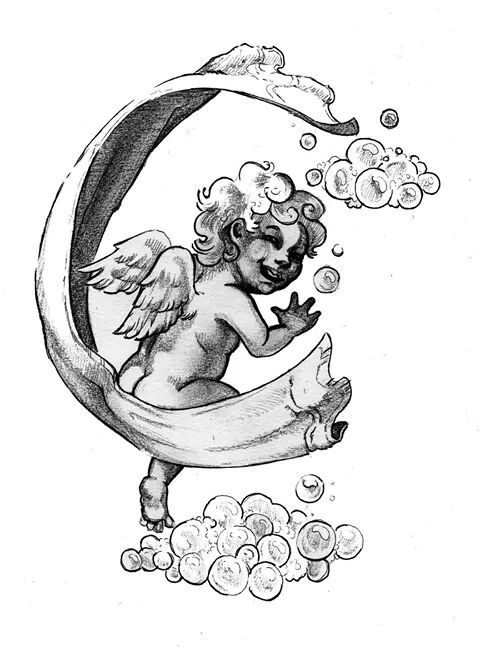 Cheeky fun for everyone!